The gadget received a large 6.7-inch IPS display with Full HD resolution of 2388 x 1080 pixels with an increased refresh rate of 90 Hz. 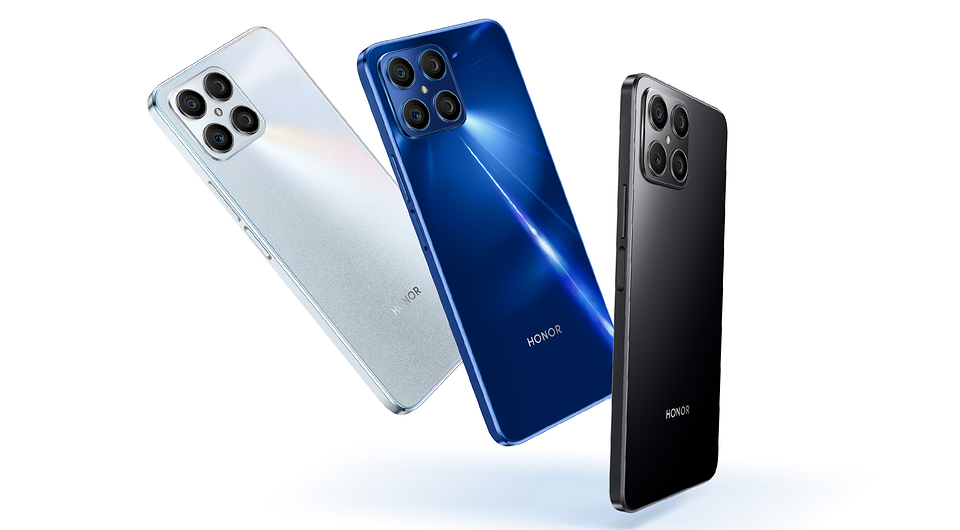 The Chinese company HONOR has officially unveiled a new low-cost smartphone HONOR X8. The gadget received a large 6.7-inch IPS display with Full HD resolution of 2388 x 1080 pixels with an increased refresh rate of 90 Hz and a hole in the middle of the upper edge for a 16-megapixel front camera.

The model is based on the Qualcomm Snapdragon 680 single-chip system. It has 6 GB of RAM, which can be increased up to 8 GB with the help of a virtual expansion. The persistent storage has a capacity of 128 GB. A 4000 mAh battery with support for 22.5 W fast charging is responsible for the autonomy of the smartphone.

The main camera has received a quadruple design with a main 64-megapixel sensor, complemented by sensors with a resolution of 5, 2 and 2 megapixels. The dimensions of the smartphone are 163.4 x 74.7 x 7.45 mm. Device weight – 177 grams. The device runs on the Android 12 operating system with a proprietary Magic UI 4.2 shell. Meanwhile, a smartphone for 7,490 rubles arrived in Russia.

Four New Crypto Casinos And Online Gambling Sites To Play This Year With consistent efficiency over time, it has warmed and turn out to be the favourite of many players, securing it the fifth place Leer más…

For Those That Take Pleasure In Their Cricket Betting, This Is Usually Incredible News!

For Those That Take Pleasure In Their Cricket Betting, This Is Usually Incredible News! Some areas or nations would possibly still be restricted from accessing the platform, ensuing from the local legal guidelines and rules. Leer más…

Cricket Betting Odds Comparisons; Free Bets, Picks, Stats As you get to know the way specific athletes carry out, these stakes may be significantly lucrative, and we love paying out big winners at Spin Sports. Leer más…